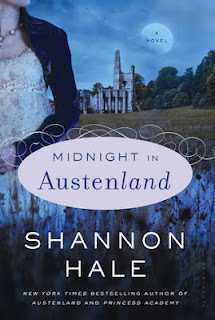 The title: Midnight in Austenland
The authors: Shannon Hale
Publication: Bloomsbury, 2012
Got it from: The library

So I did something I almost never do - diverged from my reading list to read the sequel to a book I've just read.  Midnight in Austenland follows a different character in the same place.   Charlotte Kinder is a divorced thirtysomething woman with two kids and a cheating ex-husband.  A successful Internet entrepreneur, she treats herself to a holiday in Austenland to indulge her love of Jane Austen.  But because she states on her questionnaire that she also loves Agatha Christie novels, she and the other actors in Austenland get involved trying to solve a murder mystery.  The problem is that Charlotte thinks the mystery may spill from make-believe into the real world...


I really enjoyed this sequel and read it in just a few days.  I liked Charlotte as a heroine more than Jane from the original novel, since she has a more can-do attitude and spends less time feeling sorry for herself, even when she had more to deal with in her home life.  I also liked that we're mislead as to who the hero of the novel really is - let's just say it will probably be less of a surprise to those of you familiar with Northanger Abbey, the Austen novel this book is based on.  We also get to meet with some of the characters from the first novel - Mrs. Wattlesbrook, Col. Andrews and Miss Charming, and learn more of their back stories.  Overall I have to say I liked this novel more because there was more action involved in solving the mystery.  If I have to be nitpicky, I did smack my forehead a number of times when the characters did some very silly things  (without giving too much away, if you suspect there's a murderer in a cottage, you wait for the police, not go rushing in yourself!)  I certainly hope we'll get to have more adventures in Austenland.
Posted by KJH at 7:17 AM No comments:

Right now I'm in the middle of an unputdownable book (it's an Amelia Peabody!), but while I'm waiting to write that review, I thought I'd post about some of the non-fiction I've been reading over the past six months or so.  Here's my confession: I often bring home tons of non-fiction from the library, but I rarely have time to read them cover-to-cover unless it's already on my to-read list.  Nonetheless, I thought it would be fun to share some of the titles I've read.  All of them were published within the last year: 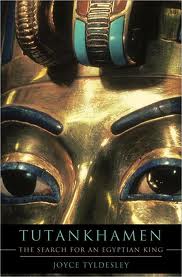 Obviously I am crazy about all things Egypt and this book is an excellent introduction to the rock-star like pharaoh who was a minor king in his own time but has achieved huge cultural significance today.  The author touches on both what is known about Tutankhamen's actual life (no, he wasn't murdered) and his discovery by Howard Carter in the 1920's.  Wisely, she urges readers to avoid any book about the pharaoh that uses the words: "the truth" or "the real story." 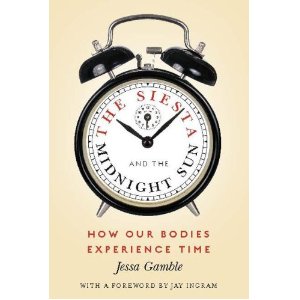 The Siesta and the Midnight Sun: How Our Bodies Experience Time by Jessica Gamble

An interesting long at our circadian rhythms, both in terms of the shorter daily cycles and longer seasonal ones.  The author looks at a number of studies about what happens when usual daylight clues are removed and how in such cases human beings resort to a much longer sleep/wake cycle.  She also looks at how cultures adapt when there is an absence of light, such as the Arctic in winter. 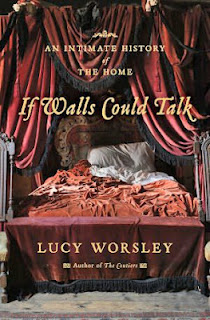 If Walls Could Talk by Lucy Worsley

Similar to At Home by Bill Bryson, but somehow not as compelling.  Based on a miniseries in Britain, Lucy Worsley charts the history of our lives as seen through our home.  Covers much of the same ground as Bryson's book but is still full of interesting facts: for instance closets were once considered retreat spaces for reflection and prayer.  Definitely of interest to history junkies, particularly of the Tudor and Victorian age. 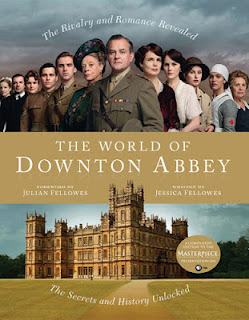 The World of Downtown Abbey by Julian Fellowes

A no-brainer for Downton Abbey fans, lots of great facts from the daughter of Julian Fellowes.  Gorgeous pictures of life on set, too. 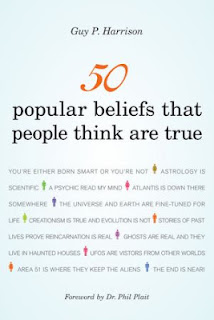 I adored this book.  I devoured (almost) every single one of the 50 entries in just a couple of days.  I would put this on the list of books that everybody MUST read at some point in their lives.  Basically, the author cuts through all the nonsense and superstition in the world to explain in plain, non-condescending language, why things just aren't true.  Beliefs such as ghosts, UFO's, homeopathy, bad medicine, and religion all get exposed.  Although you may laugh at some of the beliefs (such as that witches are real), the author is quick to point out how harmful these beliefs can be, as in parts of Africa where the murder of innocent children on charges of witchcraft are ongoing.  Quite simply, this is an outstanding book on the necessity of thinking critically.  There is no ranting and raving here, the author is almost gentle in his approach, and his arguments are all the better for it. 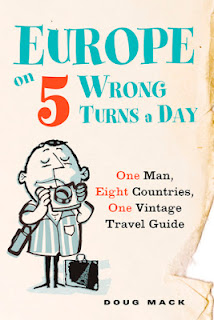 Europe on 5 Wrong Turns a Day

Fans of funny travel writing a la Bill Bryson will probably enjoy this tale of a man who tours Europe using a 1963 guidebook (Europe on $5 a day) that  he found at a flea market.  The advice the book gives is of course hilariously out-of-date and Europe has changed considerably since then.  Or has it?  This book explores Europe then and now, as well as providing a guide to what you can get nowadays for $5.  (Not much, as it turns out). 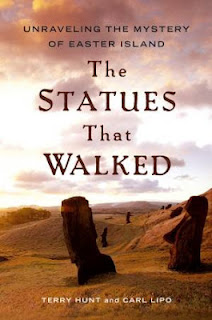 The Statues that Walked by Terry Hunt and Carl Lipo

I've saved the most mysterious for last.  The name of Easter Island represents a secretly thrilling world of wonder for me, a far-flung island so remote its closest inhabited neighbour island is over 2,000 km away.  Nevertheless, I was surprised to learn that it actually has a good tourist industry, thanks to daily flights from Chile.  It seems that not even this remote island is safe from the ravages of the modern world - sigh.  Still, the history of the island is full of enough surprises and puzzles to keep even  the most jaded explorer happy.  Here's a fact I learned: the islanders were obsessed with hats, and when the Europeans came wearing theirs, the native women would sexy-dance to distract them and then grab the hats and run.  For some reason I feel this is the thing I'm going to remember the most about this book.