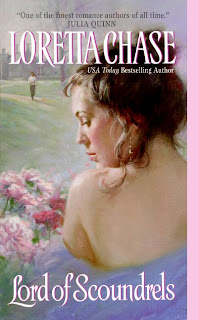 The title: Lord of Scoundrels
The authors: Loretta Chase
Publication: Avon, 1995
Got it from: Kobo, 2010


It's your typical romance novel.  Boy is abandoned by mother.  Boy's titled father is cruel and sends his son to boarding school.  Boy is tormented by bullies and grows up to be a complete wastrel and whoremonger.  Boy meets girl in Paris.  Boy gets shot by girl, then gets blackmailed into marrying her.  Boy's bastard son shows up to make life complicated.  Boy learns to love and finds peace with himself and his past.  Did I mention this book is widely considered to be the best modern romance novel ever written?  The End.


Of course there's much more to this story than this simplistic plot summary, I'm only being silly.  I can tell you this: even though this "beauty and the beast" trope has been done a million times, even though I have a particular loathing for romance heroes who visit whores, and Dain has got to be the biggest whoremonger ever written, I enjoyed this book.  I enjoyed it so much that when I woke up two nights in a row with a terrible cold and couldn't sleep, this book entertained me for hours until my cold medicine kicked in.  Any book that can distract me when I'm exhausted and miserable is worth a few brownie points.


There are some genuine laugh-out-loud moments in the book.  I particularly loved a scene at a ball when Dain asks Jessica to dance, and she shows him her fan with all her dance partners on it and asks him, "do you see Beelzebub written on there?" And he proceeds to break every single fold and says, "now you're dancing with me."  The infamous scene where Jessica shoots him isn't as memorable as everybody says, I actually prefer the scene in The Devil's Delilah when Jack wrestles the gun from Delilah.  One of my other favourite bits is when Jessica drags Dain to Stonehenge on their honeymoon trip en route to his estates in Cornwall.


I can see why this book has so many fans.  I wouldn't say it was my favourite but it was very amusing.
Posted by KJH at 8:25 AM No comments: 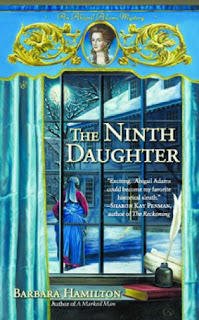 The title: The Ninth Daughter
The authors: Barbara Hamilton
Publication: Berkley, 2009
Got it from: SC, Xmas 2011


Kicking off 2012 is a mystery that wasn't quite what I'd hoped, but was still an enjoyable read.


The Ninth Daughter features Abigail Adams as a sleuth, investigating the murder of a well-to-do woman in the home of her friend Rebecca, a former housemaid.  Complicating matters is the fact that Rebecca is a secret member of the Sons of Liberty, the revolutionary group who are against the imposition of the English King.  Even worse, her husband John is accused of the murder.


Hamilton wisely sets the action in the middle of pre-revolutionary Boston with a young Abigail rather than the later First Lady Abigail.  The turbulent times makes for an excellent setting for a murder mystery, with divided loyalties and suspicion everywhere.  Real historical characters like Samuel Adams and Paul Revere come to life on the pages, while some of the British soldiers are created as fully realized, nuanced characters who have noble sides despite being the "enemy."  In fact, the realism really stands out in this book.  You can almost smell 18th century Boston and feel like you are walking through its cramped streets and standing in its tiny kitchens.  And it's gritty too - not just the murder(s), which are pretty brutal, but everything from the stench of the poor district to the bitter hardships of women's married lives.


I found the book difficult to get into, with so many characters and so much thrown at you in the beginning, but it is satisfying to see it come together in the end and know the author is making you think.  I was hoping for more evidence of the witty and playful between John and Abigail, which was hinted at in almost the first page:


John - her beloved, self-important, irascible John, the hero of her heart, husband of her bosom, and occasional bane of her existence

What woman doesn't feel this way sometimes about her husband?


I would recommend this book, especially for learning about pre-Revolutionary Boston, but with the caveat that it's not a cozy mystery by any means, nor is it a light read that's easy to pick up and put down.
Posted by KJH at 6:48 PM No comments:

I just got back from a relaxing two-week vacation of visiting my family from the holidays, and I didn't have my laptop so I was (sadly) unable to do an end-of-year roundup.  So I'm doing it now, belatedly, with a promise that I'll have new reviews soon (I'm in the middle of three very different, very interesting books.)

2011 wasn't a great reading year for me.  I got sidetracked by a whole bunch of things and I'm hoping it will be better in 2012.

This year I actually started and abandoned a whole bunch of books, which is something I never used to do.  But I decided if it wasn't doing it for me, I'd stop.  An example of this was Patriot's Dream by Barbara Michaels, an alias of Elizabeth Peters.  She's my favourite author, and it was about time-travel romance set in the Revolutionary War, so I should have loved it - but instead I just found it ho-hum and stopped halfway through.  There were a bunch I started that were truly awful and I thought about blogging just how terrible they were based on the few chapters I read, but that wouldn't be fair. 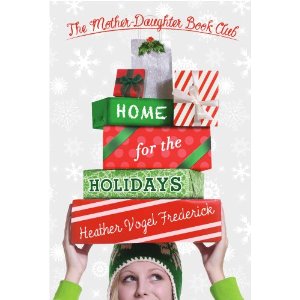 I know I just reviewed it, but one of my favourite books this year was Home for the Holidays, it was just so much fun and made me so happy. 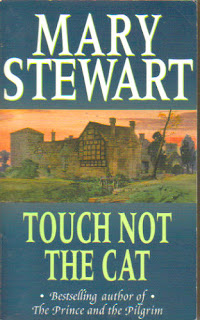 Touch Not the Cat: Mary Stewart's writing is amazing, and I couldn't believe how intricately plotted and atmospheric this novel was.

My favourite movie this year was X-Men: First Class.  It just blew me away.  I had some issues with it (like the female roles) but overall it was an intelligent, exciting and well-crafted superhero story.  It doesn't hurt that Michael Fassbender was smoking hot as Magneto, either. 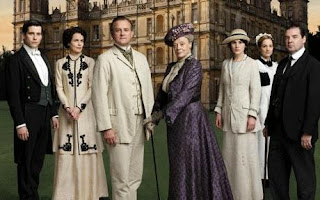 Earlier this year I blogged about how much I was enjoying Manor House, so it's no surprise that I'm liking the TV series Downtown Abbey too.  We recently purchased a new TV and the eye-popping scenery and colourful dresses on this show look amazing.  I'm not usually a big fan of these sorts of melodramatic soap operas, but there are definite moments of comic relief to help ease some of the more serious storylines.  I've only seen season one so far, but I'm especially into the storyline involving feminist daughter Sybil and the burgeoning romance with her Irish socialist chauffeur Branson.