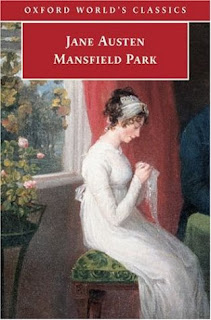 I finished this novel many moons ago, but have put off posting my review because, honestly...meh. I didn't really enjoy this book at all. I know it's popular to jump on the let's-hate-Mansfield Park bandwagon, but I'm going to do it anyway.

This book is so unlike Austen's others, it's almost as if it's written by a different person. In fact, if I had to read it without knowing the author, I'd have said it was written by one of the Brontes. I hate the Brontes. Here is the summation of the plot: mousy heroine goes to live with rich relatives, and everyone treats her like s--t. Her cousin Edmund is kind of nice to her, but acts like an idiot the entire plot because he is lust with an Evil Harlot. Everyone treats heroine like s--t for awhile, and then one nice thing happens to her, and then people treat her like s--t again. Every character acts immorally except for her, they all get their comeuppance, and the heroine finally gets her man fifty scrillion pages later. The End.

The book started out slowly and didn't get much better. Each character (all fifty) is introduced within the first few chapters, leading my head to spin and my mind to go, "wait, who now?" Also, there's pages of nothing but dialogue where the reader has no clue which of the ten people in the room is speaking.

Perhaps this wouldn't have bothered me to much if I had cared more about the main characters, but I thought they needed a good smacking like everyone else in this book. I felt equal parts exasperation and pity for Fanny, who certainly endures her share of abuse. I also think she has low self-esteem issues and needs to see a psychologist immediately. Edmund was the worse hero of a quasi-romance I've ever read. Even Heathcliff, my most loathed hero(?) ever, showed his passion for Catherine. All Edmund did was jerk Fanny around, spout about piety and waste his time dithering about Mary Crawford. In the end, all I could feel was revulsion over the thought of marrying such a weak man. (It didn't help that I was simultaneously watching the '99 version of Mansfield Park, where Edmund is played by Jonny Lee Miller, who I can't stand either. The movie is dreadful, by the way.)

I get the social commentary Jane Austen was trying to make here, but that doesn't mean I have to like it. Mean people + dull conversation does not a good book make. I wanted to spork my eyes out when one character spent an entire chapter blathering on about the renovations he wanted to do to his estate. I think I fell asleep about ten times reading this book in the sun room and once used it to cure late-night insomnia. I would have chucked it early on if I hadn't been determined to do this Austen project.

Thank heavens Emma is next. I need an eye bath to wash the acid out. It burns! It burns!
Posted by KJH at 11:26 AM 2 comments:

Posting is rather spotty. Not because I'm on vacation (that'll be the day). No, I've actually been super busy at work and haven't had much time to read. This week I was actually working my way through five books, not one of them I could muster up more than a "meh" reaction for. So I ditched three of them, and I'd have ditched a fourth if it hadn't been given to me as a gift. Hopefully this means I'll be on to better things.

Ah, the life of a librarian. Instead of reading by the beach, you're stuck inside all day making crafts with eight-year-olds.
Posted by KJH at 7:00 AM No comments: 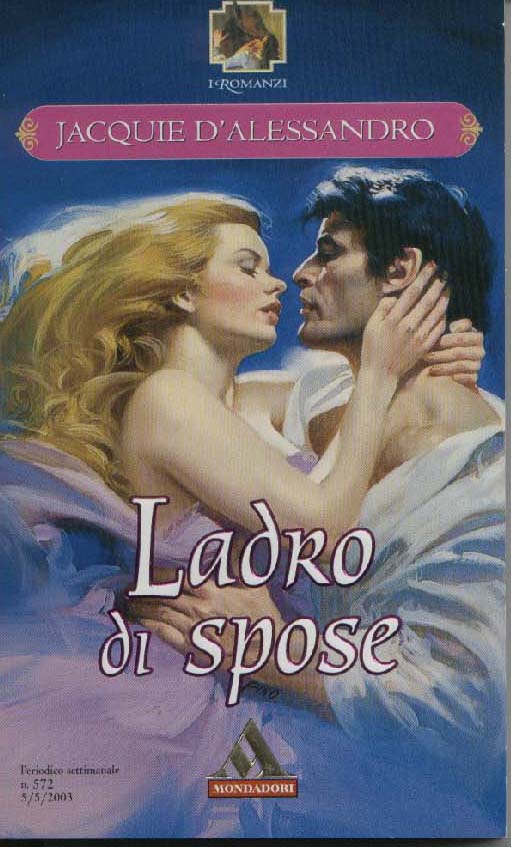 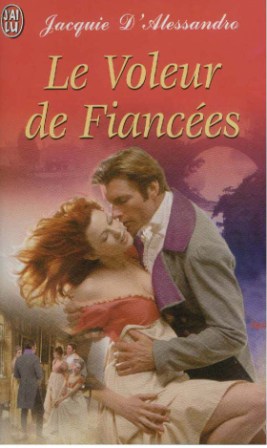 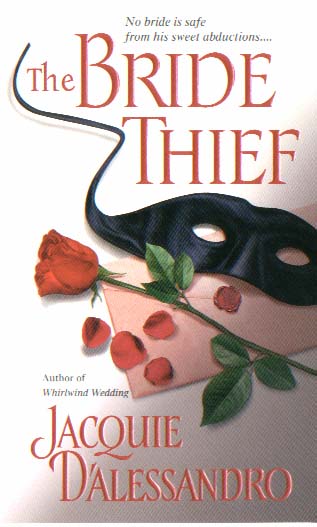 The title: The Bride Thief
The author: Jaquie D'Alessandro
Publication: Bantam, 2002
Got it from: TWBB Toronto

Miss Samantha Briggeham is an on-the-shelf, spinster bluestocking who raises bees and loves science. She's 26 and determined not to get married, despite her mother arranging a marriage to a boring old man. What's a girl to do? Enter the Bride Thief, a man who steals brides who are forced into marriage and helps them set up a new life far, far away. One evening when Samantha is out collecting plants for her medicines, she's abducted by the Bride Thief. The only problem is that Sammie's already managed to get out of her marriage, and the Bride Thief has to do the unthinkable and return a stolen lassie.

If you know anything about the whole superhero/alter ego genre (and I know you do), you know that behind every masked man is someone who has been affected by tragedy. In this case, the Bride Thief (aka Eric, Earl of Wesley) had a sister who was forced into marriage with One Evil Dude, causing Eric much anguish and guilt and therefore driving him to save other women from the same fate. You'll also no doubt guess that Eric will start to fall in love with Samantha. She falls in love with him, too, not realizing his identity while continuing to profess her admiration for the Bride Thief.

This book bordered on the silly territory that Regencies tend to do, but that didn't mean I enjoyed it one iota less. Both the hero and heroine were wonderful characters and I found myself wishing I could read about their adventures after marriage, a sure sign of a good book. It kept my attention throughout, and there were some very exciting moments, such as Samantha's initial kidnapping and her attempt to help another reluctant bride, that made this book stand out for me. There were also some genuinely funny moments, too. Samantha's trying to get her sisters to tell her about birth control was a hoot, especially as she gets them drunk first. Actually, reading about birth control at all in a Regency book was interesting and I liked how Eric and Samantha were able to discuss it frankly. It showed that Samantha wasn't one of those annoying heroines who's supposed to be smart but continually does stupid things.

There were only a few things that bothered me about this book. Eric says, or thinks, "bloody hell!" approx. 1,435 times and it gets to be overkill - couldn't he use any other expression? Also, I didn't like how the ending got too emotionally intense when all the misunderstandings could have been resolved by them just confessing their feelings a little more. I also wish that Eric hadn't fallen in love with Samantha quite so quickly. I prefer a slower build-up.